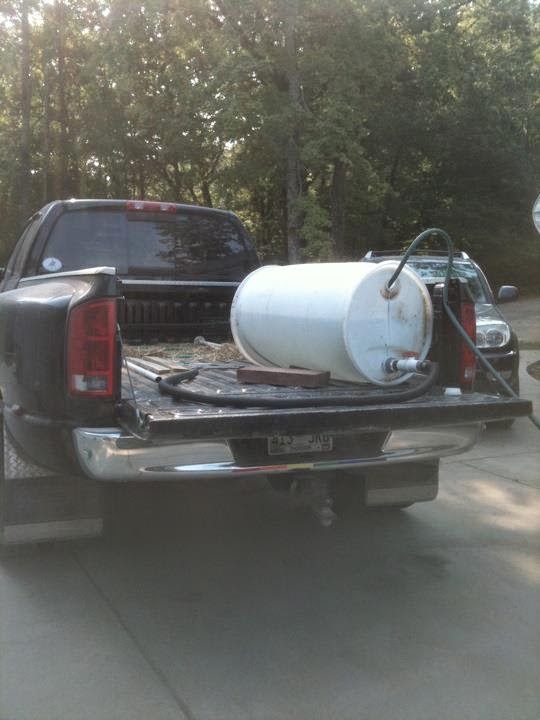 Hauling water to Hendrix in the hay field.

One of the things I learned from the colt starting dvd’s and my research, was been consistent was really important. I think it was key. Almost every day for the next year I spent at least one hour out of my day with Hendrix.
But, back to that first hour…

When I walked in I walked toward the center holding my 22’ line. Hendrix paced nervously and pressed toward a panel. I backed further away to take the pressure off and turned my body so I wasn't facing right at him. After a while, I started to swing the rope above my head and he took off running around me and looking toward the outside. As soon as he put his eye on me… I quit swinging the rope and turned my back to him. As soon as he turned away or started looking outside the pen…I raised my arm and started swinging it again above my head. He would run again, and as he tried, he turned his head toward me and I quit. When I turned away from him and started to walk away, he took a step toward me. I knew something was happening. He was figuring out how to get me to stop swinging the rope! This was our first communication and to this day I can walk into the arena, a paddock or the pasture and swing my lead line and he will turn and walk over to me. 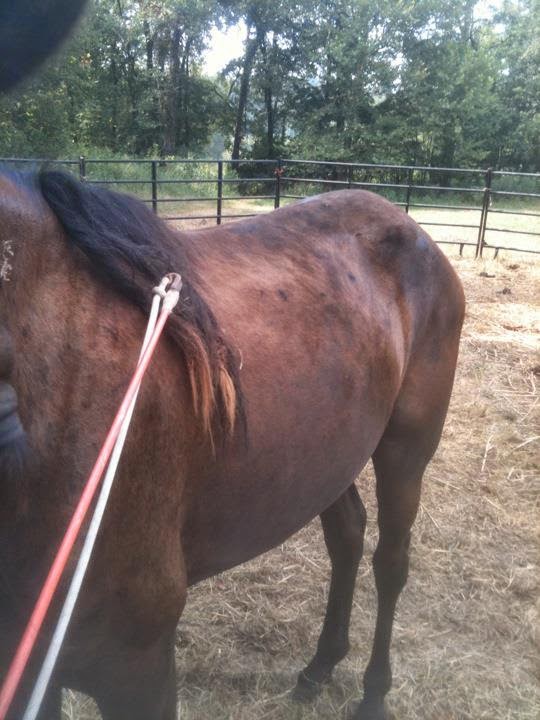 I took the cane pole with the wad of duct tape on the end and used it to touch his withers from some distance
away. I used approach and retreat and between that and drawing him in with the
swinging the rope mentioned earlier…He finally sniffed the back of my hand and
allowed me to touch him. I was elated that day…. 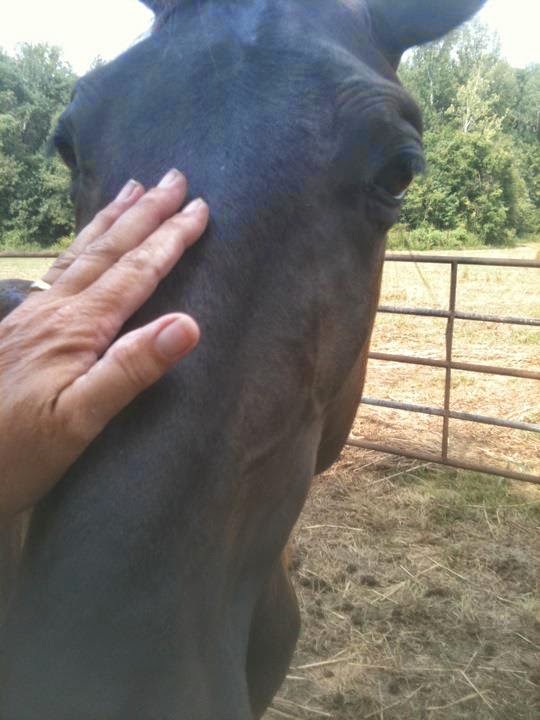